The benefit of connecting via the newer API webhooks method is the ability for Order Manager to automatically re-subscribe to a webhook, should it become disconnected at any point for an active Shopify sales channel. This decreases the likelihood of your orders being affected by a missed webhook action due to an unplanned un-subscription event.

Furthermore, when utilizing new Shopify webhooks, you no longer need to go through the original setup process in Shopify that is outlined in other Help Center articles. You will only need to set them up in Order Manager and ensure they subscribe successfully.

The Signature field will no longer appear either as it is not needed via API webhooks. 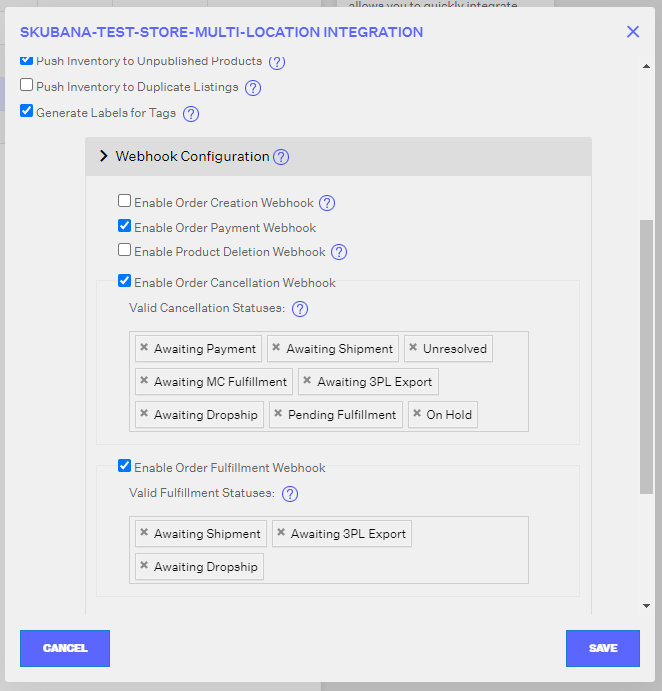 In the example above, API webhooks would automatically subscribe this Shopify channel to the Order Payment, Order Cancellation, and Order Fulfillment webhooks.

Once an account is moved over from “Shopify Admin webhooks” to “API webhooks”, make sure that any webhooks existing in your Shopify > Settings > Notifications are deleted from Shopify. They will no longer be relevant with API webhooks and will not work. You should make sure you delete them to avoid any confusion in the future about which webhooks are in use for your Shopify channel.