Skubana will pull in orders from Shopify as long as the channel connection is verified & active, for orders in qualifying statuses with SKUs

Skubana does not pull in orders that are in the following statuses:

Orders in a Partially Refunded status in Shopify can be downloaded into Skubana. Simply go to the Settings module, select the Shopify store you want to enable the setting for, and click Edit. Then click the Connection tab, then the Edit Integration button. Lastly, check the checkbox option for Download partially refunded orders and then Save. 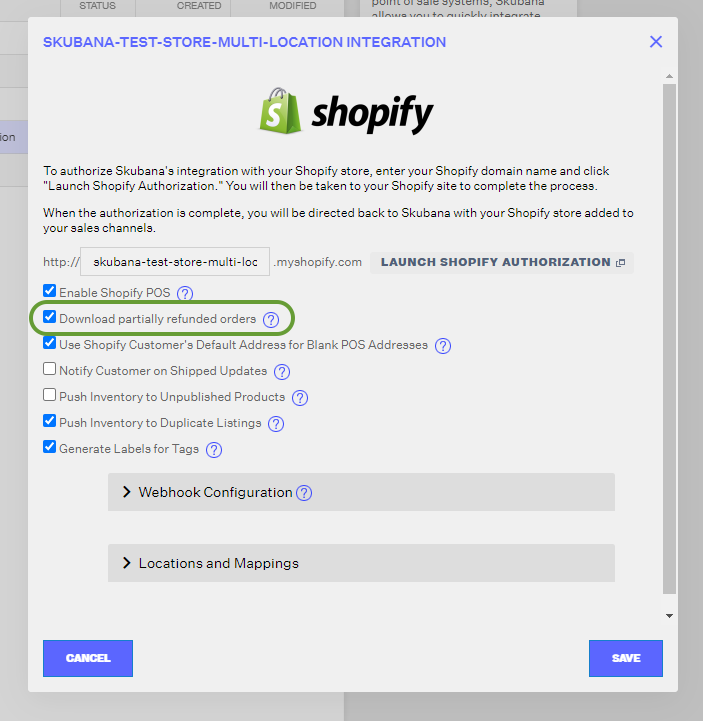 If the order was partially refunded overall but no items were affected, Skubana will subtract the refunded amount from the Order Total and the Amount Paid.

1 unit of SKU X was fully refunded in Shopify ($5) shortly after being placed. Now Order #5 is in a Partially Refunded status with an Order Total & Amount Paid of $8, with $5 being refunded.

Example of how the order history will describe the refund history that happened in Shopify. 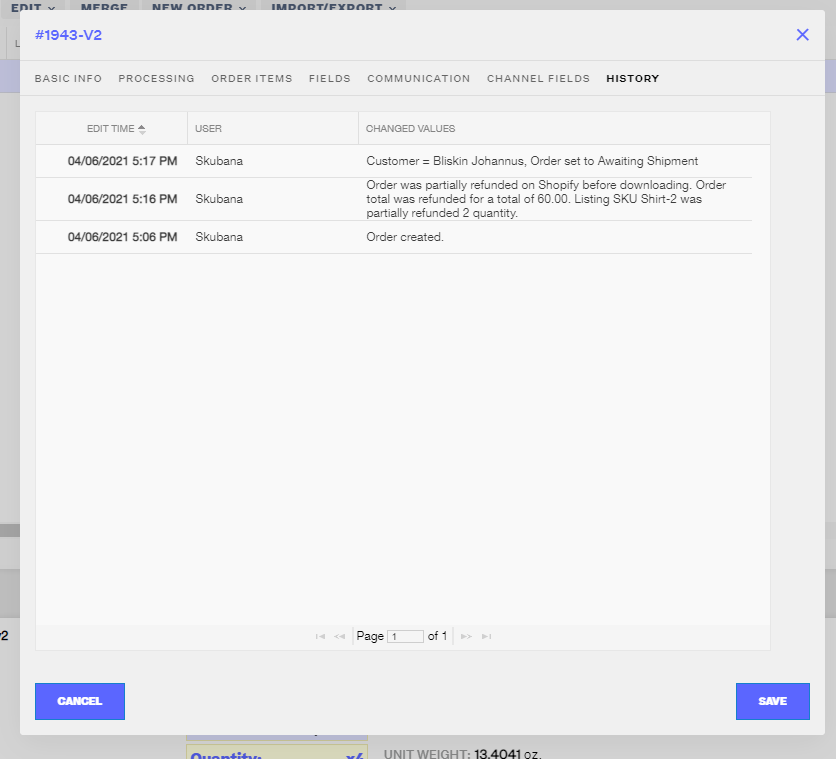 Shopify offers the ability for apps to promote items in a small time window after a customer places their order online. This is called a post-purchase upsell and allows items to be added to an order after an order is already in a status that Skubana would normally recognize as available to download. This On Hold status feature is in beta and would allow a specific flow to better support the upsell ability of certain Shopify upsell apps.

⚠️ Note: Contact your Customer Success Manager or Support to enable this beta feature for your account. Please be aware that the feature is also in beta with Shopify directly, so any issues with the flow should be reported to both Skubana and Shopify support teams.

This feature sees orders in an “On Hold” status in Shopify and doesn’t pull them into Skubana until the order is removed from the “On Hold” status, as changing that order status is what most of the upsell Shopify apps do.

After this criterion is met, the order would no longer be considered in On Hold status in Shopify, and Skubana would recognize that change the next time it automatically checks on Shopify orders (roughly every 15 minutes). Skubana would then pull the order in and it would be created and handled just like any other new Shopify order, but with the order items representing the order post-upsell.