Our Basic Shopify webhooks integration will drastically increase the speed at which we download Shopify orders into your Skubana account.

⚠️ WARNING: Webhooks are not retroactive, so if they are not configured properly at the time of an event in Shopify, the event will not apply in Skubana.

⚠️ NOTE: Any new Shopify store created on or after June 3, 2021, will utilize the API / Auto-Subscribing Webhooks method. Any previously existing Shopify stores that did not have that method turned on for their Shopify store can have it enabled by contacting your Account Manager or Skubana Support to enable this functionality for a specific Shopify channel(s). This feature will not apply to your account overall, it must be enabled on a channel-basis. So be sure to be specific in your request. As of April 2021, Skubana added the ability to choose to set up webhooks via API / Auto-Subscribing Webhooks as opposed to the older method described below. See this article for details and directions.

To set up Basic Webhooks: 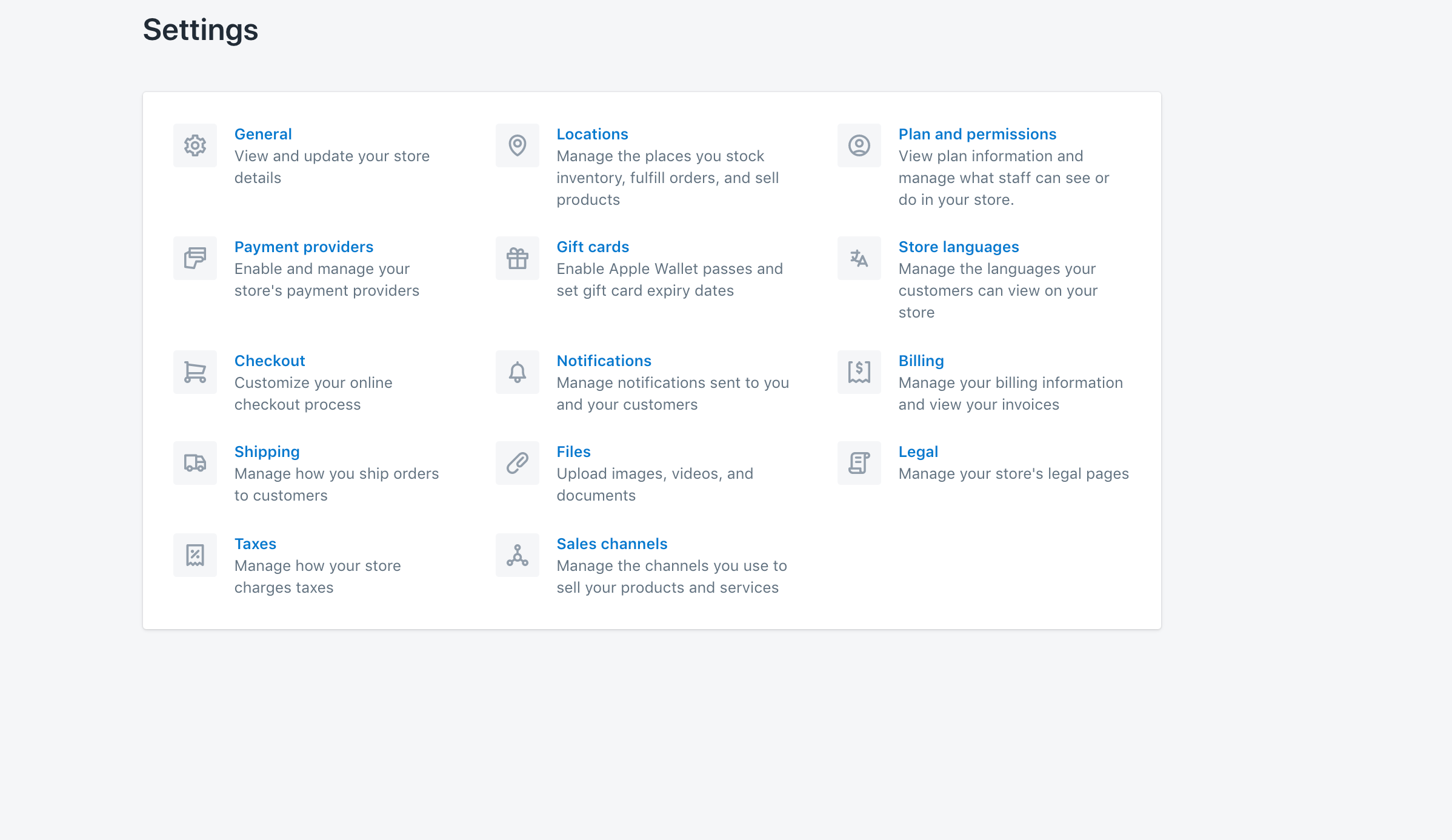 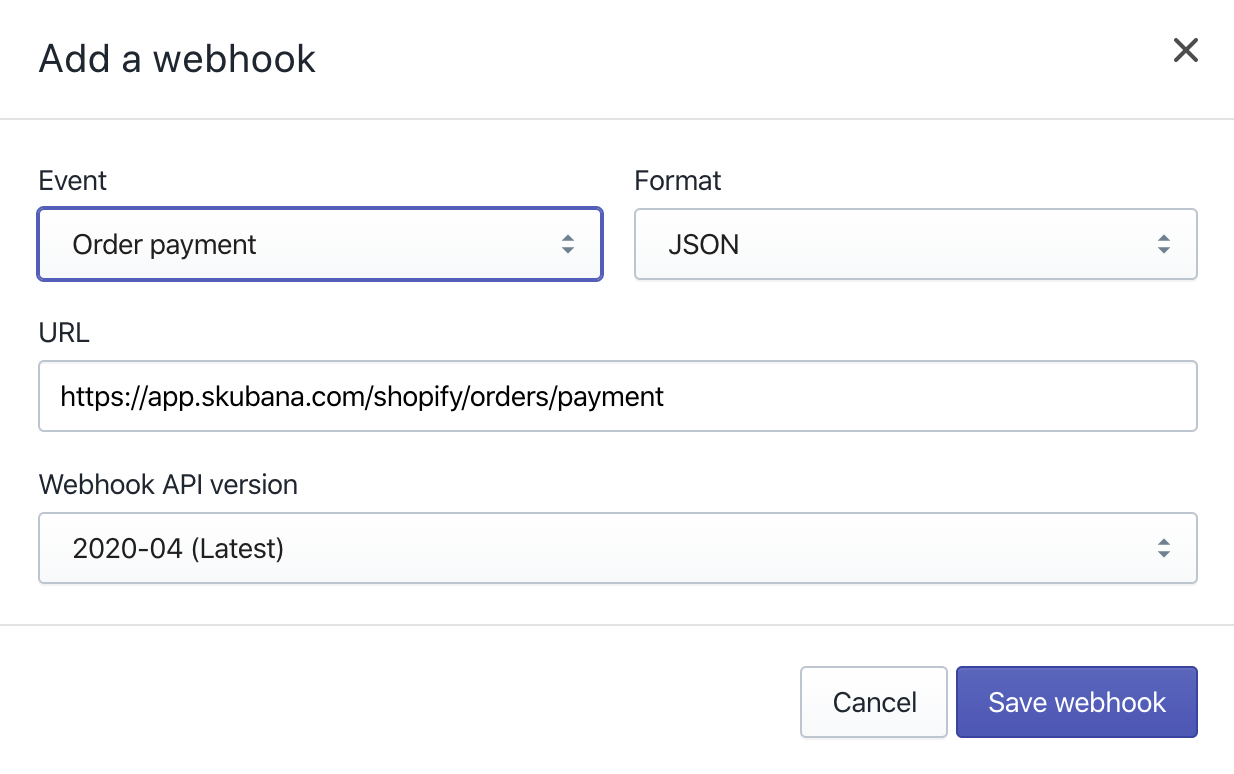 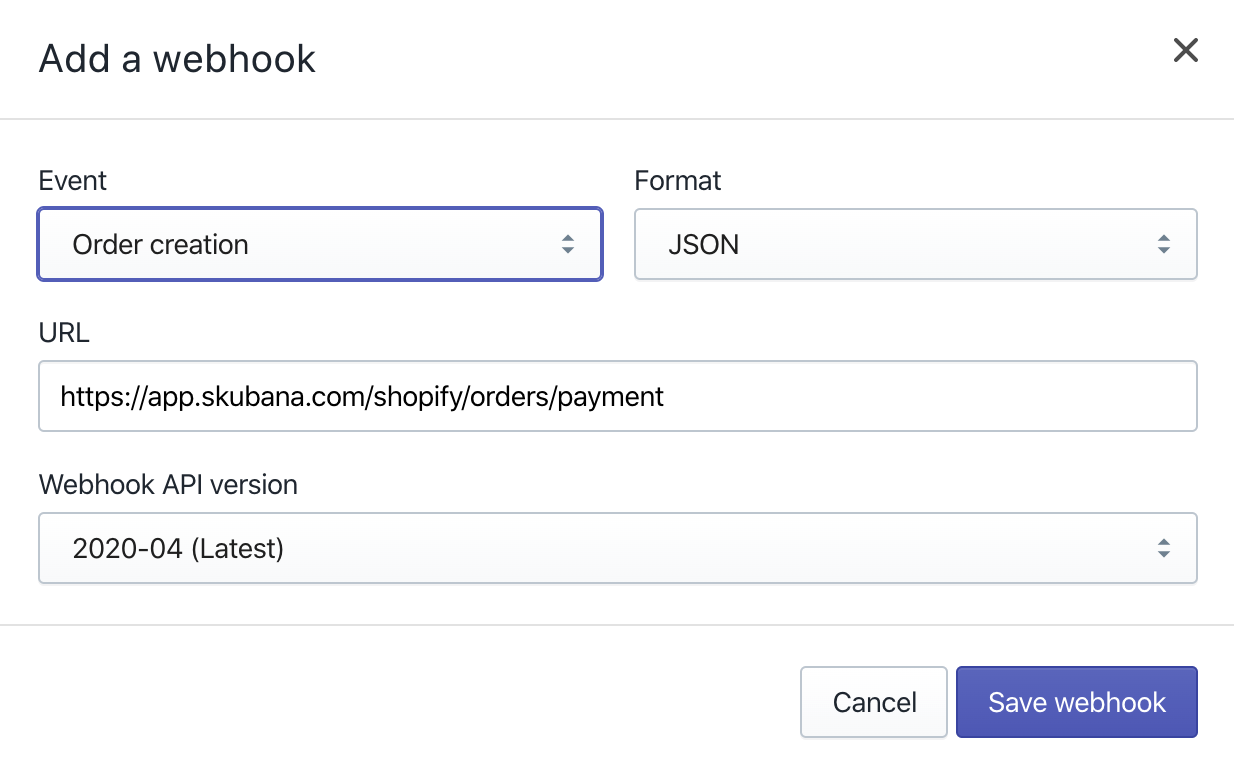 After saving both Order Creation and Payment webhooks: