All Collections
Settings
[HOW-TO] Adding Rakuten as a Sales Channel

Written by Abdullah Wali
Updated over a week ago

In this article, we detail the steps for adding your Rakuten store as a sales channel in Skubana.

To Add a Rakuten Store as a Sales Channel 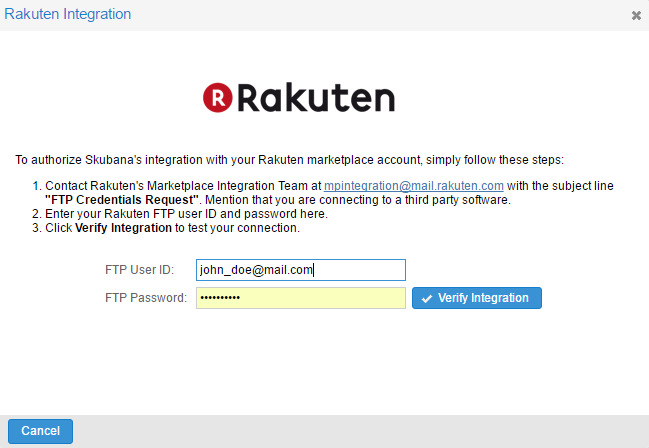 Once integration is completed, you are redirected back to Skubana, where you will see Rakuten added to your sales channels.

NOTE: Skubana normally pushes inventory out every 15 minutes, However, in Rakuten's case, its API does not accept inventory feeds. You will have to update your Rakuten inventory manually.